Chat with us, powered by LiveChat

Welcome to Neil’s Nature Notes, a miscellany of topical nature facts and stories where we will drift through the months and seasons of beautiful Co. Durham, highlighting our discourse with a generous smattering of cutting edge nature science from the Durham Genome Centre.

In Co. Durham we are blessed with some extraordinary countryside and interesting ecosystems – no need to go on an African safari – interesting nature is all around us and it is often right under your feet!

So many humans focus on “big animal stuff” often as a barometer for eco-health, but we prefer to start with the tiny, from the bacteria and fungi which make up the plethora of microbiomes and biofilms that occupy every surface around us, to the plants, invertebrates and eventually the iconic vertebrates we all love to see.

Each of course, garner their livelihoods from each other.  Delicate, balanced and flowing with the seasons and weather, but oh so easy to disrupt and sometimes permanently, with those rarely beneficial invasive species.

We hope you enjoy our anecdotes…

It is at this time of year, when the myriad of tawny browns and gingers cover the garden that we turn some of our attention to the wellbeing of some very welcome winter feathered visitors. In our case, the redwings and fieldfares that come to feed on the scarlet berries of our deliberately unkempt Cotoneaster. 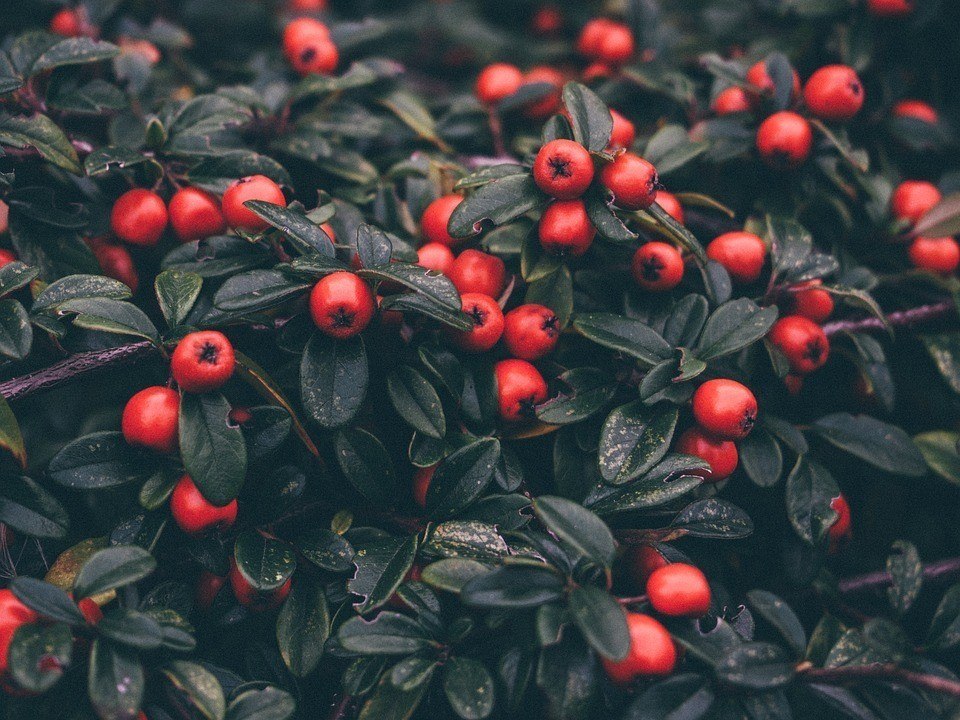 These redwings, a relative of the thrush, migrate from their breeding grounds in Iceland and the Faroe Islands, fleeing from those autumn cold arctic winds that traverse the planet north to south in defiance of the warming South Western winds. They search for the plentiful supply of berries on the moors of Northern England, where rosehips, rowan and hawthorn abound every year. Around now, the hawthorn hedgerows lining the fields are alive with the chaotic flocks of redwings, nervously “chitticking” (for it is not a chirp) and burst skywards when our dog scampers past. They will stay until the weather warms and when our attention is diverted by the joys of spring, they are gone.

Our redwings are most likely Turdus Iliacus coburni, a darker version of the Eurasian nominate form Turdus Iliacus iliacus, first described by Linnaeus. Large flocks, upwards of 100 birds (it is hard to count them!), can be seen in Co. Durham at this time of year.

Often flying with them are their palearctic friends the Fieldfare (Turdus pilaris), which although they are present in smaller numbers (indeed solitary), seem to remember very well the locations of the berries in our garden!

So please, if you have the space, grow a cotoneaster, hawthorn, wild rose or a rowan and you will, in time, encourage these delightful birds as winter visitors.